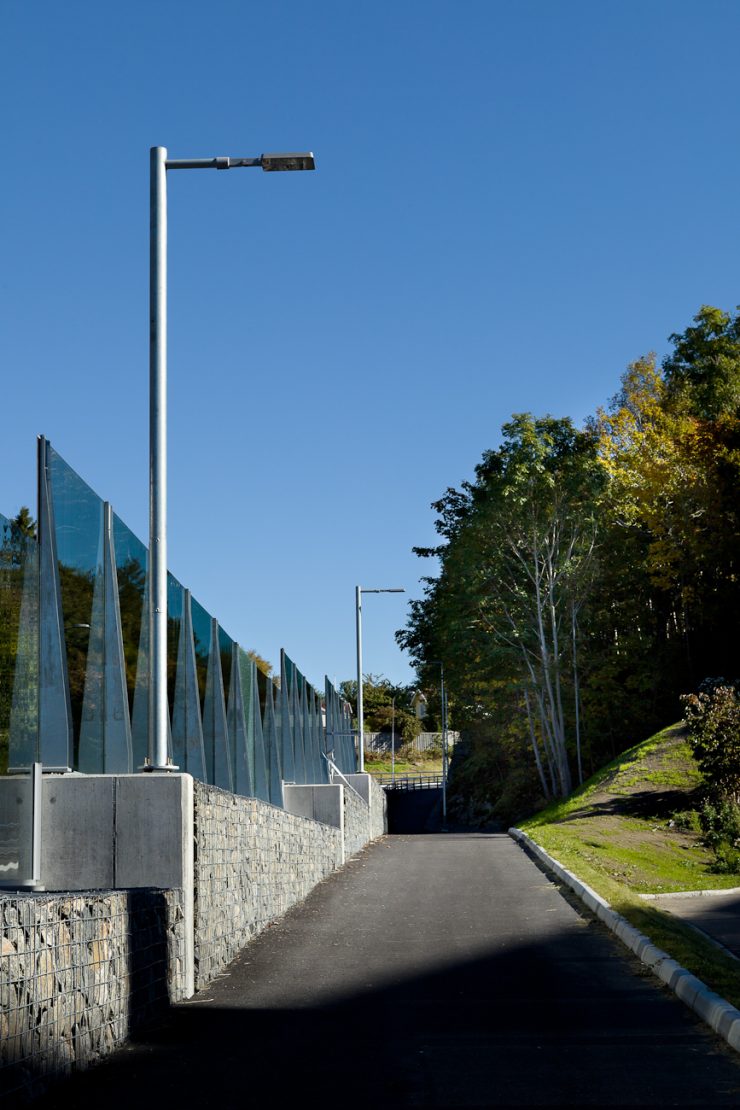 This is how IQ works

ActiveLights IQ is by far the most competent LED luminaire on the market. Now we make it possible to regulate and optimize light flux as needed through our intelligent sensors and wireless control. You get a safe and secure outdoor environment while saving energy by lightening the right strength at the right time. 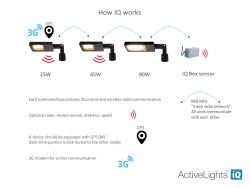 With IQ, it is easy to build motion-controlled lighting systems without pulling expensive control cables. The IQ luminaires communicate with each other via a wireless radio network and only need to be connected to electricity. Basic lights and detection lights are individually adjusted in each luminaire. In the smart lighting system, you choose which luminaires should be lit in different scenarios to achieve maximum safety, security and optimized light level at the right time. If you need to detect movement for example at an entrance, you can mount a smart sensor box. The sensor box lights up optional luminaires in the system and at the same time has the possibility to measure speeds up to 100 km / h.

The system can be configured for constant voltage and then uses the built-in light sensor for lighting at dusk. A system contains at least one unit with GPS (M), which gives the system the right position and time. The real-time clock controls the programmed schedule during the day. If you want to measure the number of passages daytime, voltage should be on even daytime. Energy, passage and operating data are saved for at least 3 months.

The IQ luminaires will be pre-configured with ignition times, schedules and settings as you wish. This means that the installer installs the luminaires as usual and the system is in operation. If afterwards you want to change an ignition time or a schedule, it is easy to go through the Connect software.

The IQ system has a variety of smart features that make it easy to update and change the lighting system settings. Via the function common settings it is enough to upload changes to a luminaire, which then sends the changes to the other luminaires in the radio network.
Vi använder cookies för att förbättra upplevelsen av vår webbplats. Genom att använda webbplatsen accepterar du detta. Läs mer här. OK